I may have jumped the gun...

I feel a little silly starting a running blog when I haven't been doing much running as of late. I realized this week that a month off might not have been enough. The tendonitis/ankle pain was back in full force after an easy 4 miler on Saturday, so my break from running may be longer than anticipated. 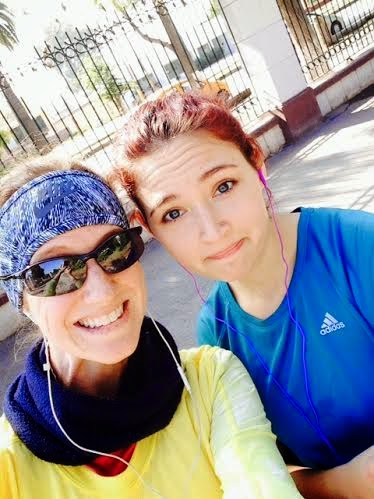 I'm not sure what to do now. I don't want to keep running on it and make it worse, but I'm signed up for the Rock n Roll Mexico City Half Marathon on March 15th and paid $75.00 for it, which is über expensive by Mexico standards. (The most I've ever paid for a race here is a little over 400 pesos, which is like 30 bucks.) I also don't want to drop out of yet another scheduled race. I realized last month I couldn't  do the Lala Marathon, so I was looking forward to running this one instead.

I think I'm just going to have to take it a day at time, and replace runs with cross training as much as possible. It's just really hard to give it up completely. Running has become such a huge part of my life now. 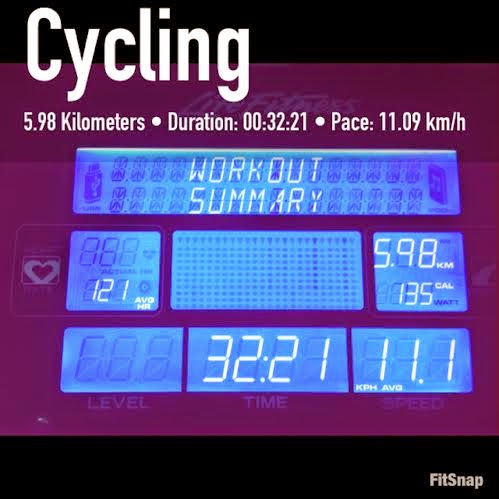 My new friend the stationary bike.
P.S. How fun is the Fitsnap app?

I did get a quick 3 miler in last night. I wore my new PRO Compression sleeves for the first time, which I initially thought  were super tight and I wondered if I needed to size up. But they were perfect for my ankle; I didn't have any pain during the run. This gives me some hope that I can keep running. Vamos a ver. (We will see)
Posted by Taryn at 3:29 PM 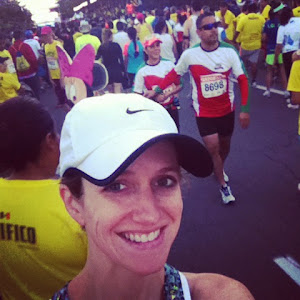